In a career spanning over 22 years of photographing environments throughout the world , David Woodfall has refused to be categorised by his work as a photographer .

In a 1998 portfolio in BBC Wildlife he was described as ‘ the poet laureate of British and Irish landscapes. In North America and Europe he is better known for his work onenvironmental issues . In 1999 he documented the Warao native people (of the Orinoco delta) for Living Earth (Terra Viva ) ,Caracas .He has frequently photographed people , including commissions to photograph HRH Prince Charles and Sir David Attenborough. He has always photographed wildlife , which reflects his career in nature conservation prior to his work as a photographer, which is a feature of both his understanding of the world and the quality of his  photographs .

He has won a number of  international awards including several category winners in the Wildlife Photographer of the Year Awards and in Natures Best (USA ) .Both his books , Natural Heartlands (1997) ,and Flowers at my Feet have been highly commended in the Natural History Book of the Year Awards .Touring exhibitions have included Gwalia (1993) , Beyond Wilderness(1995) , Connections and Choices ( 2000) Global Warming ? (2005) ,Vital Signs (2009) and has been part of the ongoing Hard Rain exhibition which tours worldwide . Photographs of his have appeared in venues as diverse as the Tate Modern , Natural History Museum (London ) ,The Lowry Centre (Manchester ) ,The Smithsonian (Washington DC) , lnternational Photography Hall of Fame (Oklahoma City) , and Oxwich Village  Hall .  His work currently appears in an exhibition celebrating the world’s landscape and wildlife in Terminal 1 and 3 of Heathrow Airport .In 1998 the BBC made a
short film , Kingdoms by the Sea , which documented his work .

His work appears regularly in books , calendars, exhibitions , design and adverts throughout the world . His work is also represented by Woodfall Wild Images , which he set up in 1995 , which is now run by Photoshot.com , stillpictures.com, gettyimages.com , naturepl.com and sciencephotolibrary.com

Commissions have included many for the Countryside Council for Wales,  Groundwork Foundation (Millennium Commission ) , Corporation of London -a year in the life of Epping Forest, British Waterways , the Nature Conservancy (CostaRica ) Bangladesh  (Uttaran) , and his own numerous personal trips UK and worldwide . 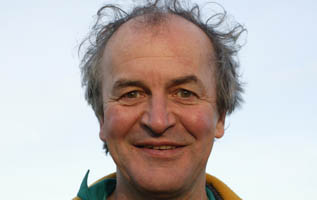 Don't miss my advice and tutorials, to help you develop your photography skills.